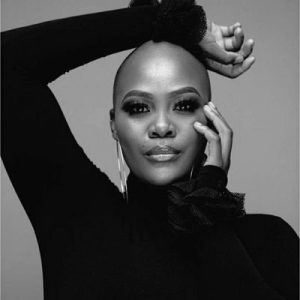 Zikhona Sodlaka is a South African born lady, she was conceived on the 7th of June 1985 in Mthatha, South Africa.

She is a gorgeous South African movie actress who is known with her excellent roles in some television series like Rhythm City, Shooting Stars, Soul City, Montana and  Intsika. Sodlaka was once nominated for a movie award called SAFTA, The South African Film and Television Awards.

The South African is also a popular figure in movies like Generations, Tsha Tsha, Igazi, The Two of Us and also Mandela: Long Walk to Freedom

Though she was born in Mthatha in Eastern Cape of South Africa, she however, grew up in KwaZulu-Natal where she began her role as a model and actress.

She is a graduate and attended school at Excelsior SSS, she left the school during her grade 9. She later completed her high school in a school in Margate called Warriors Rust high school.

Zikhona Sodlaka, The South African actress recently was announced as the new face of the popular brand, Avroy Shlain.

She broke the news via her Instagram page as she also added that she is excited about it.

Avroy Shlain is a South African Bequest fragrance and also a very good fashion brand, so it is justifiable for Zikhona to be happy about the new feat.

She also added that she is excited to work closely with the fashion brand which shall make any South African lady feel like a queen in her paradise and also worthy of her own throne.

Check out Zikhona’s update: “Kuyandonwabisa (It makes me happy) to announce that I am the face of the new Bequest fragrance and AS fashion collection from @avroyshlain_sa. I am so excited to share their gorgeous fashion range and a fragrance that will make any woman feel like a queen worthy of her throne.”