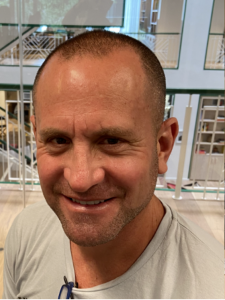 Who Is Gidon Novick? Bio, Net Worth, Age

A quick look at Gidon Novick’s life confirms he is a businessman in South Africa who has his roots and stronghold in the South African aviation industry. For the purpose of this article, we shall look into his profile, biography, net worth, age, etc.

Who is Gidon Novick?

According to Gidon, he says he grew up in Johannesburg with an interesting family, but of European background. His parents were in business and he was quite interested in that. According to him, he got interested in airplanes from a young age.

Gidon confirmed he loves the weekend as they would get on an old DC-3 – a Comair DC-3 – (airplane) and fly off to Skukuza or Phalaborwa and spend their weekend in the game reserve.

He has other siblings, two brothers, and a sister. In a statement, he says that the three boys were always fascinated by flying, so they all learned how to fly. And he added that it was just business for his dad. In his statement, he says they got into flying and still flying to date. He was quick to add that he is a licensed pilot, but just a private license.

How old is Gidon Novick? Gidon Novick as of 2022 is 53 years old. He was born on 19 November 1969. So, he celebrates his birthdays in November every year.

Flying airplanes and running airlines is second nature to Gidon whose whole family were shareholders of Comair for years.

His late father Dave Novick (CTA 1960) was a chartered accountant, was one of the early founders of Comair, and played a major role all through his 50-year career. Firstly he served as an accountant and subsequently became the MD and then Chairman until 2011. Gidon on the other hand was with Comair for 13 years – as Co-CEO and also the founder of Kulula, which was launched in early 2000.

His father was among those who founded Comair and his son Gidon served as the CEO before resigning some years ago to create his own company which he calls Lift.

The lift was first launched in December 2020 with just two routes: Johannesburg-Cape Town and Johannesburg-George.

Through Gidon and his company’s co-founder Jonathan Avache, Lift was able to introduce a value-added air trip with innovations that includes flexibility with free booking changes and free cancellations, Vida e Caffé on board, and happy hour on the afternoon flights.

Gidon traveled to the United States, where he did his MBA at the Kellogg School of Management, Northwestern University, Chicago. According to him, he went there with his wife Lindie for a few years, to get a degree. He also explained that he spent a fair amount of time studying Southwest Airlines, which he defined as the first really innovative airline model not just from an efficiency and cost point of view but also from a cultural point of view.

Gidon has a degree in international relations.

Gidon Talks About His Brother

In a statement, he shared a short detail about his elder brother, he said… “My brother Dan Novick (BCom 1991), who is a few years older than me, was with the army [military conscription service] before studying, He now lives in Australia and is a great entrepreneur, involved in property development, solar financing, and gold recycling.”

The official net worth Gidon is not known yet. However, what we do know is that he is a multi-millionaire in USD and an aviation business tycoon in South Africa.

Stay tuned with us for more South African news updates and biography updates.