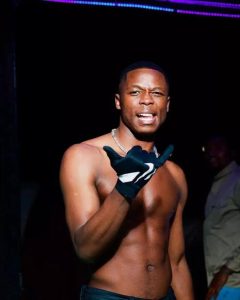 Who Is Toss Amapiano? Biography, Age, Real Name, Net Worth 2023

Some of the basic information you may find on this page are;

How Old Is Toss

Since the beginning of 2022, anyone who loves Amapiano would have heard or seen the name Toss, as he has been releasing tons of amapiano song, albums and mixes.

Fans however have been curious to know more about this artist who has successfully swept them off their feet, and thus the need to share his profile with our audience.

So, on this page, some of the information about Toss which you should expect are; his profile, who he is, how old is Toss, Toss real name, net worth, Toss Amapiano songs & albums.

Toss, is best known by his name, Pholoso Masombuka. The young and promising young lad is budding South-born African musician. For anyone who does not know, he is one of the talent behind the track uMlando, an amapiano song which created a dance challenge with thousands of partakers on social media.

The amapiano dance challenge came with the new year of 2021 after he shared a video of him dancing to a hook in a catchy manner. South Africans liked the dance move and so joined in the amapiano challenge.

The South African amapiano crooner is now 23 years old. His birthday and birth month is a mystery so far, but we are certain Toss is 23 in 2022.

The real name of Toss the amapiano artist in South Africa is Pholoso Masombuka. Toss is not his real name, rather his stage name. He adopted the stage name Toss while in a development soccer team for Kaizer Chief.

The singer has been been a soccer player before he went fully into music, his success in the entertainment industry has been massive for him as he has collaborated with many other successful amapiano artists like 9umber and Mdoovar to produce his hit track uMlando. Toss also earns from instream sponsored ads, YouTube, music sales, and his live performances.

His Early Life and Education

Toss was born in a small village in South Africa called Tsakane. The 23-year-old liked kwaito and started to dance. While young, he was rather known as a dancer in pantsula in Tsakane, East of Johannesburg in South Africa.

While growing up, he moved to the Vaal, there the young artist met with other singer s where he was introduced to a music genre, hip-hop music.

His education career is not quite known, but Pholoso attended an art school but chose to do music though he was studying acting.

After graduation from high school, he wanted to be a football player. At first, it was going fine with him as he played for development program of the Kaizer Chiefs where he adopted the name Toss..

His visions as a football player halted after he was said to had gone against the team’s ethic, this led to his dismissal and he went home. The footballer later faced his music career squarely and joined the music industry fully in 2014.

Around 2014, he met with a music producer whose name is Mduduzi Memela, also known as Mdoovar, the music producer has since been helping his music career.

After meeting with Mdoovar, he met another producer 9umber whose real name is Letlotlo-la-bakuena Letlatsa, he met the second producer at JazziQ’s studio.

9number, Mdoovar, and Toss then got together to make an amapiano music which gave birth to the hit single, Umlando. The song gained massive radioplay, and with the dance challenge, it became a house hold name in South Africa and other African countries.

The trio once confirmed that they will keep making music together and individually.

For him, the uMlando amapiano challenge is about having fun, twerks, and for the ladies, shaking that natural endowment.

Many loved Toss for showing-off how flexible his hips are. For him, he confirms that it is not bad for heterosexual men to embrace the dance move which was seen as effeminate.

Many other celebrities in South Africa also loved the dance, while some participated in it.

Dineo Ranaka also participated in the dance at the Metro FM studio. She jumped on the office furniture and made her best moves.

Though her actions was not approved as she was later placed under suspension. The dance challenge did continue on social media.

According to Toss, he wants to also try acting, he revealed this while in talks with producers at SABC TV.

Toss has confirmed he is working on his 7-track Umlando EP, and he later dropped the project in 2022.

Pholoso Masombuka played for his beloved soccer team by name Kaizer Chiefs, development program. As a football lover, his favorite soccer star has been Cristiano Ronaldo.

When asked about choice of food, he said, everybody loves and enjoys good food, and his favorite food is iKota. The budding artist’s favorite South African musician is Cassper Nyovest.

He once shared a video in which he was weeping, he further revealed that he needs love and affection as his fans was worried why he was actually crying. He didnt say much afterwards as he ended the video. We do not know for sure his intentions or how real his emotions were while making the video.

Also, it is important to note that in March 2022, Toss fainted while performing on stage.

Toss is one of the few artists who carries his followers along. He shares his shows, personal life and other beautiful memories with his fans.

On his Instagram page, he has close to 400k followers.

His followers surged for good after his dance challenge. He also loves to do videos with other celebrities and share them on his social media pages.