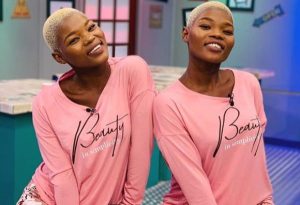 Q Twins engaged in the past traditional ceremony which celebrates young girls’ purity and promotes celibacy until marriage.

What this simply means is that Qwabe Twins are pure (virgins) and have preserved themselves, ready for marriage.

The South African Traditional Music Achievement Awards (Satma)-winning singers Qwabe Twins have both been praise from their followers on social media following an Instagram post revealing they will join in this year’s Zulu Reed Dance in northern KwaZulu-Natal.

The duo took to their Instagram, where Virginia and Viggy posted a picture of themselves dressed traditionally.

Umkhosi Womhlanga, as it is also called in the Zulu nation, celebrates a young girl’s purity while getting her ready her for womanhood.

The celebration is geared towards promoting  celibacy until marriage.

Friends and fans praised the twin singers for participating in the ceremony.

This year’s reed dance ceremony called in a great numbers that far exceeded what was prepared for.

The provincial government in conjunction with the royal palace initially made plans for 7,000 maidens but the final tally shows that up to 50,000 actually showed up.

The event, was said to be the highest since the COVID-19 pandemic, it drew in maidens from all parts of South Africa, especially KZN, Eastern Cape and also from Botswana.